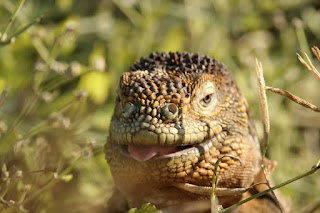 How often I have had to redefine my abilities or lack there of since I was hit out of the blue eight years ago with MS. Well, I say out of the blue, but if I had listened to my Chinese medicine doctors who both told me I was kidney yen deficient my life would be very different.

Even today, if I follow I kidney-yen friendly diet I do much better in the health department. But I needed the slap in the face that I received when the neurologist suggested multiple sclerosis. All I could ask was, "will it kill me". As soon as she said "no", I said who cares. I've been drunk before. I can learn to live with wobbly eyesight and balance. I can rebuild.

And alas, the symptoms slowly went away. To the point that I could walk unassisted. I still run into things with my shoulders, especially street signs and door jams, as my depth perception is not that great. And my vision is the first to go. Balance and vision.

The other day - well some two months ago - I was up in the Central Coast looking at some horses. I could feel myself tiring. Time to go. I had to drive and I was already starting to shake. My vision was going blurry. I took the side streets. Time to let myself go beyond my limits.

Limits are a critical awareness for people with MS. To say the least. I have never been good at putting limits on myself and I'm a slow learner.
Posted by Caroline Craven

I can say that putting limits to oneself is very hard to do if your not used to doing it. I also have MS and I struggle putting limits on everyday things, Even when I know its gonna come back & bite me in the butt by the end of the day. Its been 5 yrs since i was diagnosed and everyday is a learning proccess & struggle.