Making money because of My MS? It's about time!

Well, it's about time!

This gosh darn disease has cost me enough money, time and energy. It's about time we make some money because of our illness. And here is a great way that I make a few bucks, especially on those down days when I'm stuck in bed and the MS MonSter is on a rampage.

I just learned about an independent medical research company that wants our opinions and thoughts! Check out YourCareMoments.com. It is free, safe, private and confidential. I signed up and once a week or so I receive a survey about my medications and my multiple sclerosis.

The surveys take about ten minutes, depending. And in exchange for my honesty I received $7 in my paypal account. Now each survey is a little different. And the payments range from $3-$10. It may not seem like much but CHA-CHING. It ads up! 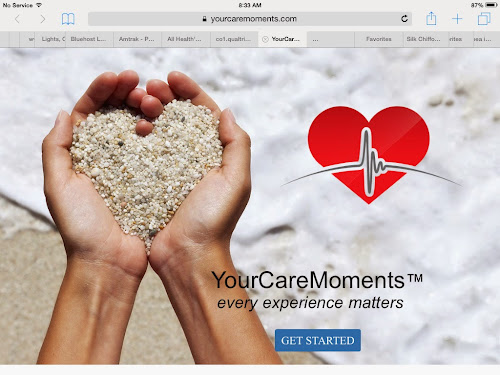 Who doesn't want a little pocket change for bus fare, a nice cappuccino or a glass of wine or something else? I know I do! And so worth it on my down days...makes it feel a little better to be stuck in bed with MS when I can make a few bucks.

Let me know what you think!

I'm off to take another survey. Then this afternoon, I'm joining some friends for fun on the town, paid for by YourCareMoments.com. Yay me!

Posted with Blogsy
Posted by Caroline Craven No comments:

While I prepare for my trip to Pittsburgh for the next TakeActionMS.com on JUNE 13, I remember this gem of an #MSSupporter, Ms Jade. Check out her experience from earlier this year in Houston:

From our guest, Jade:

When I heard about Genzyme’s “Lights, Camera, Take Action On MS” campaign, I was immediately interested. As the friend of a caregiver for someone with multiple sclerosis, I found myself growing nervous whenever my friend would mention the disease. I assumed that because I didn’t know much about the disease that I had little to offer. Frankly, I was afraid of asking questions about it. My attempts to stick to safer topics had only left a divider between my friend and I. Without hesitation, I signed up for the Houston event, hoping to get an idea of what to say or what to do when supporting a caregiver for someone with MS. 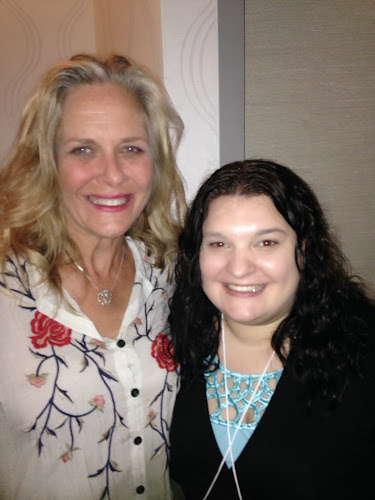 The Girl with MS and author, Jade, meeting up in Houston!

Before the event, my nervous nature kicked in and I was almost too afraid to go into the conference. I was terrified that everyone would ostracize me. I don’t have MS and I couldn’t help but assume that it meant I didn’t belong. However, the minute the presentations started, something resonated in me. I don’t have MS, and I can’t begin to imagine what that would be like. I do suffer from chronic migraines, another neurological disease. I’ve never stopped to compare the two because I always assumed that migraines were nothing compared to other neurological diseases.

When I get a migraine, everything is a struggle. I get so sick that the blood vessels burst in my face. My speech is slurred and my eyes roll back in my head. I’m unable to make eye contact with those speaking to me and often am unresponsive when spoken to. Eventually, I lose coordination, many times fainting, which has resulted in hitting my head more times than I can count.

It wasn’t until the interactive kiosks that I realized how much I understood the disease. It was the seminar on Managing Stress that really hit home. Lifestyle expert Caroline Craven spoke of different ways to maintain a calmer, healthier lifestyle. Like those with MS, I’ve had to keep a plan B in case a migraine popped up. Stress, changes in weather, a simple fight with someone could invoke a migraine. Learning to accept help was another life lesson that I’d been forced to learn. While I’m proud of myself, it’s nice to know that the instance I start pressing on the bone above my eye my husband will grab medicine and water for me. More than anything, when Caroline talked about humans being the same as our smartphones, and needing to power down when our batteries are running low really struck a chord. I know firsthand how planning too much or trying to do more than I’m capable not only wears me down, but causes relentless migraines.

I had spent so much time worrying over what the right thing to do would be that I had never thought of the childhood lesson, “treat others how you’d like to be treated.” I had shied away from offering to help because I was afraid of infringing on self-sufficiency when in reality, all I was offering was a sample of human compassion. I had let myself feed into a stigma of the disease, too afraid to show my altruistic nature.

I found comfort in the MS panel. When MS Ambassador Leslie Cunningham talked about co-workers not understanding side effects of MS (such as being tired despite getting a full nights sleep,) I understood. After all, I’ve taken neurologist notes to previous jobs only to have them regard my illness as “little headaches.”

She mentioned her friends helping her with the injections of medication. Because I’m often unable to keep anything down, the doctor prescribed forced air injections. I know the terror Leslie must have felt, although I was fortunate enough to take my injections sporadically. The medication was forced so rapidly through a glass pinhole that it left welts and bruises on the injection sight. Even mentioning the shots caused me to hyperventilate. Like Leslie, I was unable to give myself the injections and often relied on my husband to administer the medication.

Actress Madeleine Stowe talked about how different the disease and it’s treatment was during her father’s struggle with the illness. Without modern technology, her family suffered in silence. Very little was known on the disease. Even with today’s technology, so little is known about the causes of my migraines. I’ve tried eliminating certain foods from my diet, following a strict sleep schedule, looking for ways to eliminate stress (such as meditation or exercise) and even taking daily medications to prevent them. In reality, my migraines were as sporadic regardless of any type of regimen.

I had gone into the Norris Conference Center expecting a cut and dry answer; say this but not that. Do’s and don’t’s. Instead, I realized that I had the answers all along. There is no simple answer. Each person with MS, just like any other illness, is unique. Even if the offers aren’t taken up, the fact that I offered would mean more than remaining silent. As for learning what to say, I realized it isn’t about what I ask. It’s more about accepting the answer. There doesn’t need to be a reason that someone with MS feels tired. They don’t have to look sick. I traveled halfway around the country in search of a better understanding on multiple sclerosis and instead received a life lesson on human nature. Patients with MS and their caregivers don’t need someone to be there with all the right answers. They just need someone to be there. 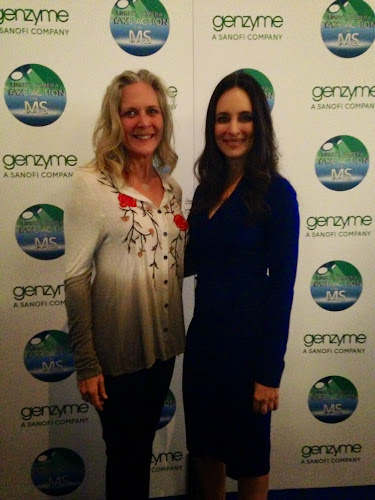