Fly Fishing the Texas Coast - when MS takes a break

Ever have one of those days that just makes you love your life just a bit more?   When the MS seems to almost disappear, like the calm before the storm.

Last week my very limited expectations were blown out the water, literally. 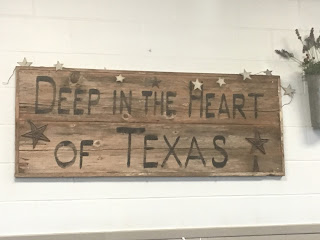 For months my trip to Texas had been scheduled:  fishing with my Uncle.  Fly rod in tow my flight was seamless.  Uncle and cousin ready to pick me up and on our way for some good eats. 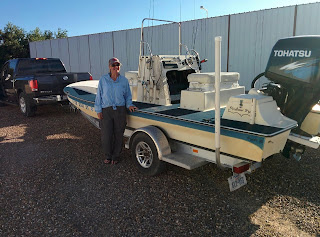 After much catch up and a good night rest, my Uncle and I ventured down the road to Port O'Connor. While setting up the boat in comes the rain.  One never really knows on the Texas coast what the weather might be like but here was a hovering squall.   And then by the time we launched the boat not a rain drop in sight for three days.  And the winds were almost non existent.  Basically, the weather was perfect. 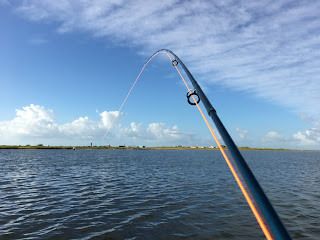 Not being from the coast, wade fishing is new to me.  Armed in waders (for the jellyfish and too keep from getting cold later), booties and lots of instructions, my feet do the stingray shuffle along the ocean floor, eyes peeled for anything catchable or anything dangerous.  One step on a stingray and a hospital trip is insight, not to mention a lot of pain. 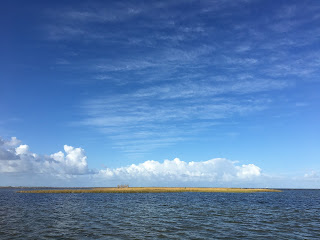 After we both catch a few fish a change locations during the first two days we settle on one early the last morning that looked promising.  Uncle waded in one direction and me in another.   I cast my fly at what looks like a good size speckled trout, one that could provide us dinner.  The fish hit the fly and then all heck broke loose:  trout and mullet came at me, full speed, followed by a "V" shape.  And then that "V" shape lunged at the fish and made a sharp "U-Turn", flashing his gray shark-like skin at me in the morning sun.

After a good shriek and realizing my Uncle was a far distance, I took a deep breath and repeated:   "Don't wimp out now - nothing one can do but keep casting and shuffle back toward the boat for mental comfort," over and over in my mind.

All in all, my fly fishing was a beautiful experience.  One red fish was caught after hunting him down caught via sight-casting.  My first like that.  He was probably big enough to keep but I wasn't sure so let him go.  That's OK.  We had enough fish for dinner without him.

It was a dream come true - fly fishing in the flats with my Uncle.  The fact we caught a variety of fish and returned unscathed was the icing.

Sometimes the MS can be more forgiving than others.  This was one of those experiences.  And I got a trip to Buccee's - a Texas tradition. 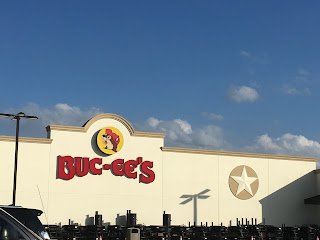 Unfortunately my MS sprang up horribly upon returning from Texas and spent two days with muddled mind and obnoxious spasticity.   Oh well.  This is the disease we live with.